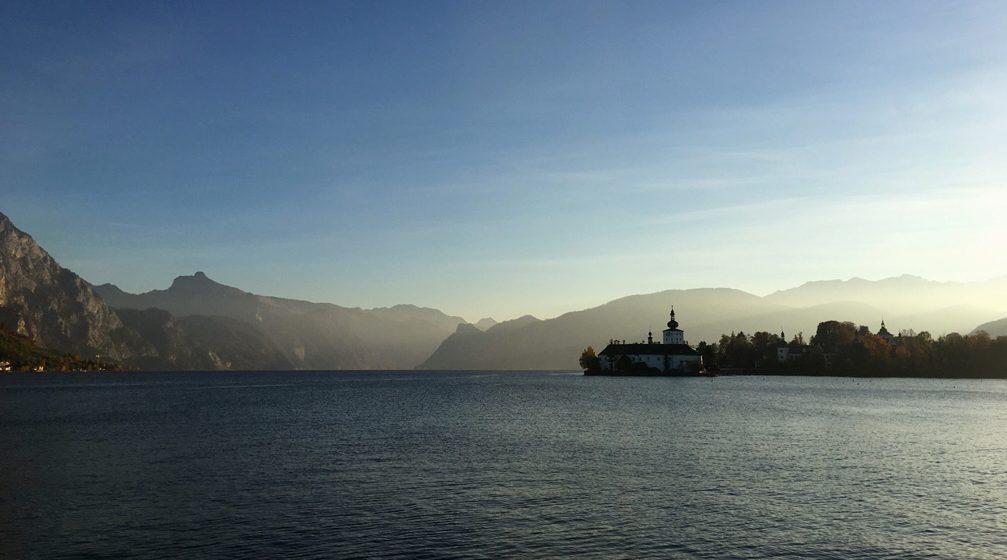 Every year 40 days before easter thousand of religious people start with a ritual called fasting. Here in Austria – a catholic country – it’s quite popular. Interestingly this idea of self discipline is present in multiple religions and comes in different forms: Ramadan in Islam (30 days), Vassa in Buddhism or Fasting in the Orthodox church.

This year, for the first time ever, I decided to give it a shot too. As some of my friends (Florian & Jonathan) finished some similar experiments with a lot of learnings, I thought there might be a thing or two to learn.

As I’m a latent overachiever – or at least I think of myself like that – I decided that fasting one thing wouldn’t be enough. It had to be three things to make the exercise a bit more challenging: No coffee, no sweets and no alcohol over the 40 day period.

I consider myself a very disciplined person and I attribute a lot  of what I reached in my life to this trait. However, while being aware of all these factors (and having read a lot about psychology in the last few years), I failed my first fasten challenge after 2 days already (coffee, which I knew would be the hardest by far). The second one after 3 weeks (sweets). For the third one I was still on track till this very week. But then I was talking at an event in Google’s office in London and a Googler friend showed us around in the evening. So also the „no alcohol“ challenge went down the river.

Why is it that we have such a hard time following through with our goals?

The first lesson is, that our environment is set up the wrong way.

As Kahneman and others suggest, one of the hardest things in life is rational and long term decision making. We humans just don’t seem to be wired in that way: When our ancestors – hunters and gatherers – came by an high energetic meal, they couldn’t just pass on that opportunity. They had to eat as much as possible in order to survive. They just didn’t have the opportunity to put that piece of meat in the fridge to save it for later.

In moments of fear our lizard brain kicks in and forces us to make quick, emotional decisions. Our ancestors learned, that when there is the chance of a Tiger hiding behind the tree in the savannah, immediately running for your life tends to be much safer than thinking about all aspects of the situation.

Several pieces of research suggest that we need to create an environment that benefits our decision making. Moreover it’s exhausting for our brain to resist temptations and we will perform worse if we try to resist.

For me it was the coffee machine that I came by several times a day and the smell of fresh coffee in the morning that made me crave for a cup and that made me crack at some point.

On the other hand, I found a quite good strategy to overcome my craving for sweets: I bought a pack of nuts and dried fruits and placed it directly on my table. The easy access and the exposure to it made me eat nuts more frequently and I had an easier time passing on chocolate because I didn’t feel hungry.

The second lesson is, that we have a really hard time overcoming social pressure and social rituals.

Not only that we are influenced by our heritage, we are also social animals: In moments of uncertainty we default to what our peers do and feel a lot safer doing it together with them. Rituals like eating together not only strengthen the bonds between group members, it’s also proven that the information exchange occurring during these events was vital to surviving in larger groups (see Sapiens by Yuval Harari).

I considered myself relatively immune to social influence when thinking about fasting. But this experiment really showed me that this is not the case: When I started drinking coffee again, it happened because of drinking it together with a product manager colleague. When I ate my first sweet during the period it happened when a friend offered me a piece of chocolate when we hung out at the weekend. And when I drank alcohol after 4 weeks (but before the end of the 40 day period) it was because of the friend showing us around in London. Frankly, I don’t have a clue how to avoid that – I don’t think advice like „get rid of people that make you do stuff you don’t like“ will really help.

However, I think you can utilize social pressure to reach your goals: find a friend who also wants to get rid of a certain habit and commit on your goal together. Getting it done together not only is more fun, but it will also benefit your friendship and will motivate you towards your goal. Community feeling, like religious communities or self-help groups, should also strengthen the commitment and ultimately strengthen your will.

Finally I think that reflecting on your progress regularly will also benefit your goal. Take some moment thinking about your goal, why you want to reach it and how you felt during moments of seduction. Or, in my case, how you felt when you weren’t able to resist the temptation and how you could go about it in the future. It also helped discussing the matter with my partner, who made me understand that those things happen and who seems to already know herself better than I do.

It’s safe to say, that our decisions are highly dependent on our environment and our DNA: the world around us, and how we perceive it, influences our behavior more than we are consciously aware of.

Fasting was a valuable exercise for me, I’m pretty sure I will try it again next year, hopefully already benefitting from the things I learned this year. For me it’s rather a mental exercise than a thing I must do and I really liked the experience of getting to know myself better.

Strain: The art of pushing yourself.

Hey Benedict, I tried something similar and decided on no coffee and alcohol for my fasting this year.
Friends and social surroundings are definitely the most challenging factor in this whole experience. I love drinking coffee every morning and the social aspect of going to the coffee machine with a fellow colleague to chat about news and updates in our working and private life. I managed until now not to drink any coffee. Damn it’s still so hard.
A trick that does it for me is to choose tea instead of coffee everywhere I go. It’s not the same, but it helps to keep up the social activity of going to the kitchen for a quick “coffee” or going out with friends to a little café.
I failed my alcohol fasting yesterday with a “Wein Frühling” event that I had with some friends. But it doesn’t bother me that I broke my fasting. Not as much as I thought it would.
Recently I’ve been thinking a lot about enjoying life more, especially whilst I’m still young and “free”.
So now getting closer to Easter and the end of fasting I’m asking myself the question: “why did I choose to do it this year?”
I’m still thinking about the answer to that question and I’m really looking forward to my first cup of coffee next week.
Greetings and thanks for your interesting article!